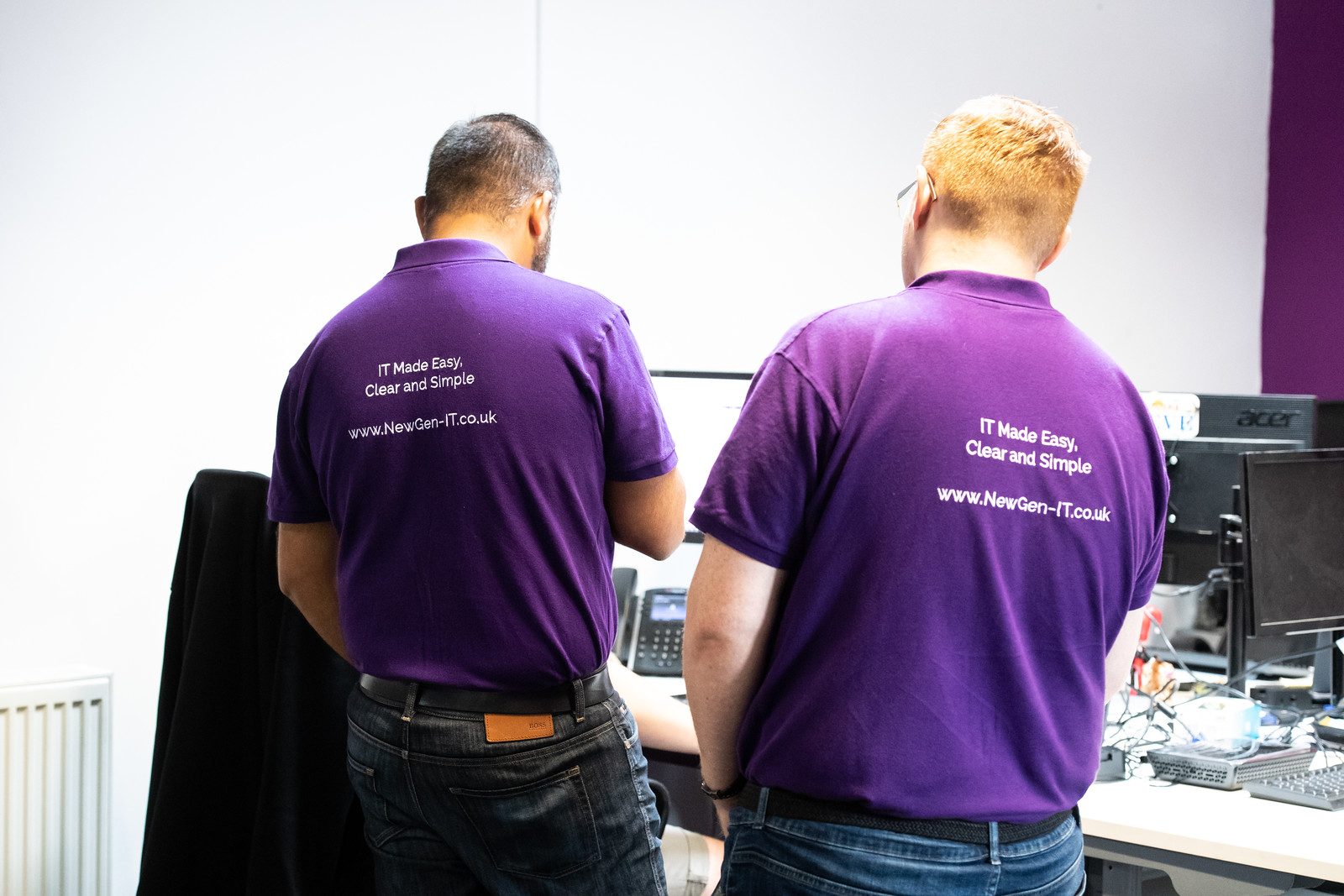 Posted at 10:56h in Newgen IT News by NewGen IT Services 0 Comments

More and more frequently, we receive calls from desperate and panicked business owners who have been victims of a cyber-attack.
These relentless attacks are becoming common occurrences and are often undertaken with such sophisticated technology that it can totally wipe out a business for days, weeks and even months.
One of the most significant attacks we have tackled recently was with an American client, who also have a UK base.
They came to us because they’d been attacked by crypto-ransomware, a harmful program that encrypts files stored on a computer or mobile device to extort money.
The American site was attacked and it encrypted their whole infrastructure worldwide. They were held to ransom for £1 million.
The firm had no backups, which means they had no copies of the files or data they needed.
This meant the NewGen IT team had no choice but to rebuild their system from scratch, which took weeks of tireless work using historical data from years previously to make it functional in some capacity and restore some data.
Due to the lack of backups available, there are still issues with the company network nearly two years later as our experts continue to navigate the problems that the hackers caused.
Our service manager Steve Souch recommends all private and business users improve their cyber security knowledge and ensure they regularly back up their systems to protect themselves.
He said: “It doesn’t matter who you are, everyone is at risk and all you have to do is click on the wrong link. That will then allow the attackers to run a programme in the background and that’s all your data gone. Without backups, if you do get attacked that’s your whole business gone.
“They do it to home users too. You feel safe on your laptop at home but that laptop is a gateway to a billion people.”
A second customer of ours was more savvy with their cyber security, with a tried and tested backup system to prevent colossal damage in the event of an attack.
So when they did become a victim at 6.30 am on a Friday, the systems and processes they had in place meant that by Sunday evening, the NewGen IT team had fixed it and had the whole system back up and running.
Steve added: “It shows the importance of having a disciplined backup routine, which is well maintained and monitored. You can’t stop an attack; if it’s going to happen, it will happen. However, you can ensure your backups are tested, and you have a ready solution in the event of a failure.”
Steve also recommends buying effective cyber security insurance to cover any cost involved with rectifying any problems. Fixing a cyber security attack involves a considerable cost, including new hardware and drives. You can’t rebuild on old drives as you don’t know what might still be lurking there.
It is also vital to educate and train your staff on what to look out for and how to handle a potential attack, as well as implement an open door policy so staff can come and tell you immediately of any problem.
“We come across it a lot,” said Steve. “So many businesses don’t see the benefits of cyber security, as they think it won’t happen to them – they don’t click on dodgy emails. But the truth of the matter is that anyone can be caught out by these clever hackers who can take out your whole system in one easy swipe.”
It’s always a good idea to have a knowledgeable IT team on standby just in case.